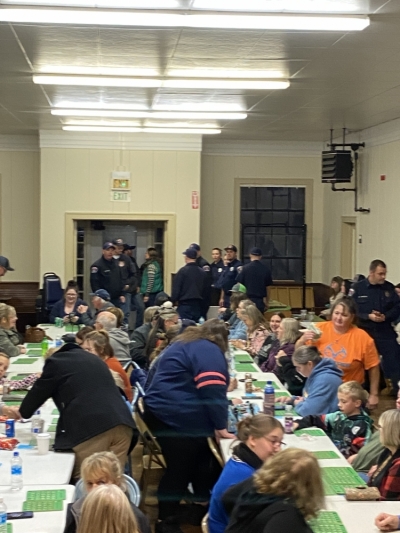 Turkey Bingo was this last Saturday night and it was a whole heck of a lot of fun! We had 40 regular games and then we threw in a kicker game with a 29 lb turkey at the end. It was an exciting finis...
➜
Structure Fire 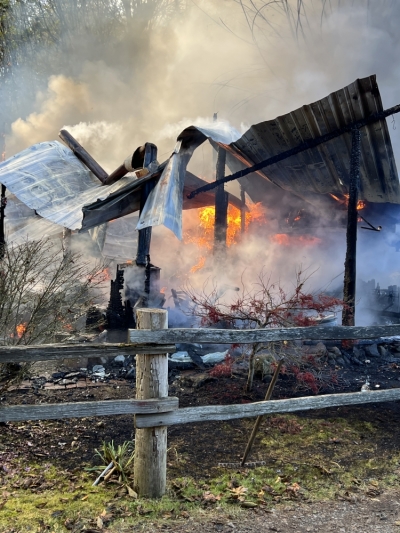 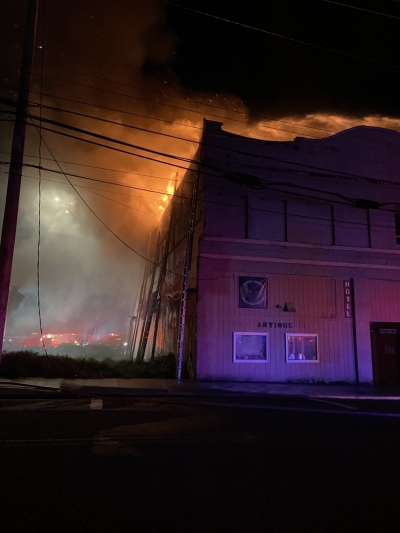 On November 8th, 2022 at approximately 7:25 pm, Winlock Fire & Rescue was dispatched to a reported structure fire at the Haunted Hostel at 104 SE Front Street downtown. First engine on scene from...
➜
Traffic Accident 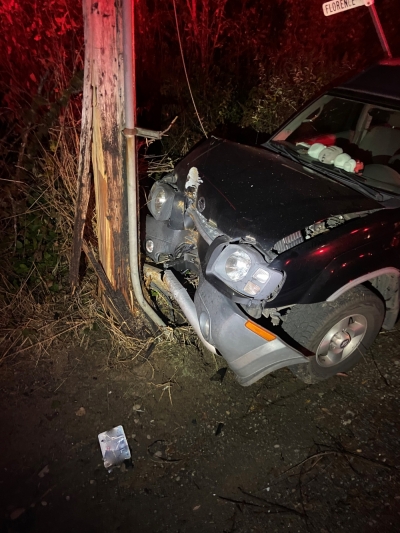 On October 29th, 2022 at approximately 9:21 pm, Winlock Fire & Rescue was dispatched to a motor vehicle accident involving a utility pole.First units on scene observed a single vehicle off the roa...
➜ 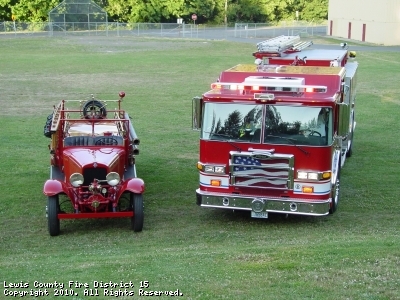 Winlock Fire & Rescue (Lewis County Fire District 15) is an all hazard emergency response agency protecting 42 square miles of property and citizens in and around the community of Winlock, Washington.

The District responds to natures of incidents ranging from medical calls to hazardous material releases.  District members continually train to quickly and effectively handle all calls for service.

The District has a long and storied history...... 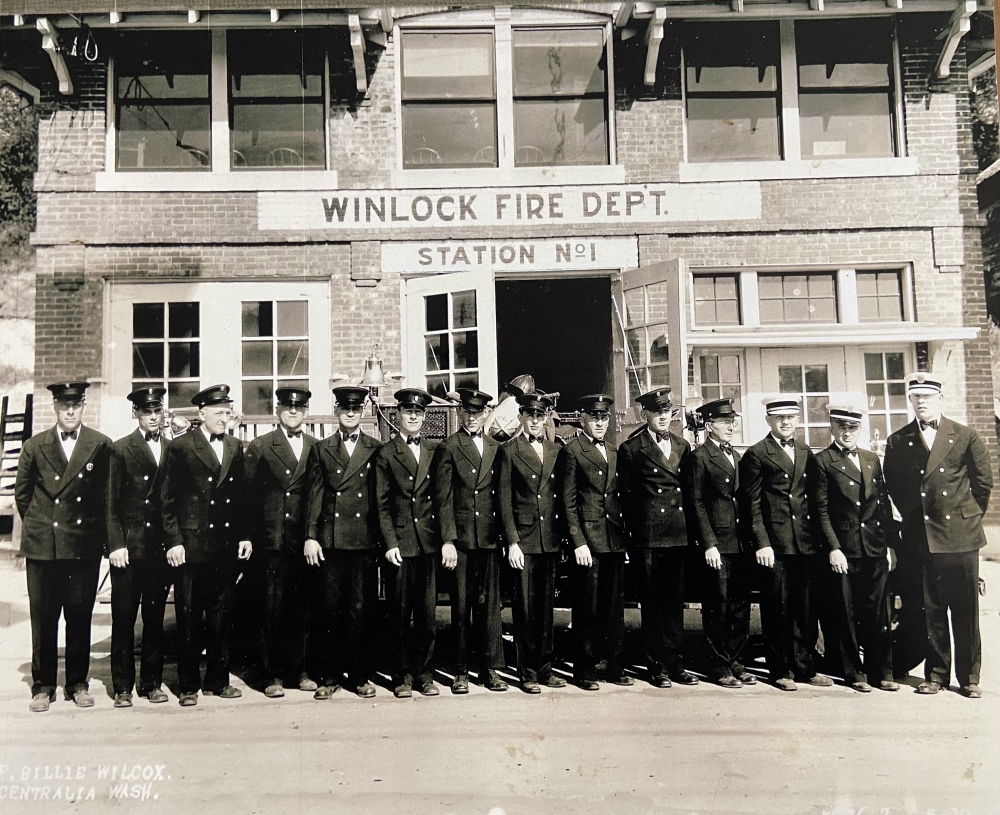 In 1890 fire swept through Winlock's business district, leaving ashes and smoldering timbers in place of a town.  Winlock was rapidly rebuilt, but it took a bit longer for the people to decide that they wanted fire protection.

On January 21st, 1892, a representative of Scott & Long Company, out of Portland, Oregon appeared before the town council to try to sell Winlock a hook and ladder truck for fire protection.  There were, at the time, however, practically no streets and no available water supply, so the purchase was rejected.

On March 21st of that year, the town council ordered that they have four ladders made and authorized the  purchase of $15.50 worth of buckets.  The council ordered these items be stored in a convenient spot where they could be quickly reached in case of fire.

On June 30th, 1892, the first fire department of Winlock submitted it by-laws to the town council.  They were immediately ratified.  There is no record of who was in the department or who its officers were.

In April of 1893, the representative of Scott & Long Company again appeared before the city council.  This time he offered a secondhand fire engine to the town for $325.00.  The council sent one of its member to look at the engine, but he recommended the town not buy it.

At that time, fire department members were considered city employees, and as such, were exempt from the town's poll tax.  On March 15th, 1896, the town council disbanded the fire department with no apparent reason given.

By July of 1896, most of the buckets and ladders had disappeared.  The council ordered the town marshal to search the town and return as many as possible.  It also authorized bringing the number of ladders up to six.  The marshal recovered 75 buckets (it is unknown the original amount purchased).  If you do the math, that is only .21 cents per bucket, if only 75 were purchased with the $15.50 allotted in 1892.

By 1898, there were just 27 buckets left.  The council ordered a new supply of rubber buckets, thinking most people wouldn't want to be seen with rubber buckets in their homes.  The people apparently didn't care and again buckets started to disappear!

In October of 1898, the town purchased a fresh supply of buckets and ladders and built a shed to keep them in.  From then on, the fire fighting equipment was kept under lock and key.

In 1910, the town purchased a two-wheeled cart with a pair of 35-gallon chemical tanks mounted on it.  After every fire the council had to meet to authorize the purchase of sulphuric acid and soda to recharge the tanks.

In May of 1911, a representative of the state fire marshal's office appeared before the town council and requested the city improve its fire protection.  The council's response was to purchase a second two-wheeled cart and 500 feet of hose.  It also established a fire district encompassing the entire business district where nothing but fire-proof buildings could be constructed.

In March of 1913, the town council requested a figure on the cost of an electric fire alarm.  It was too much.

The town council purchased a cracked church bell for $25 to use as a fire alarm.  In 1917, the council authorized the purchase of an electric system for $256.

Prior to 1925, there was no organized department.  There were plenty of volunteer firefighters, but no Chief.  In 1925, however, mayor Floyd Hancock appointed Max Atlason as Chief.  Atlason organized a volunteer fire department with Assistant Chief Earl Harkins and members Howard Nixon, Clyde Dubel, Joe Murray, Alvin Strand, Lloyd Raught and Harry Warne. 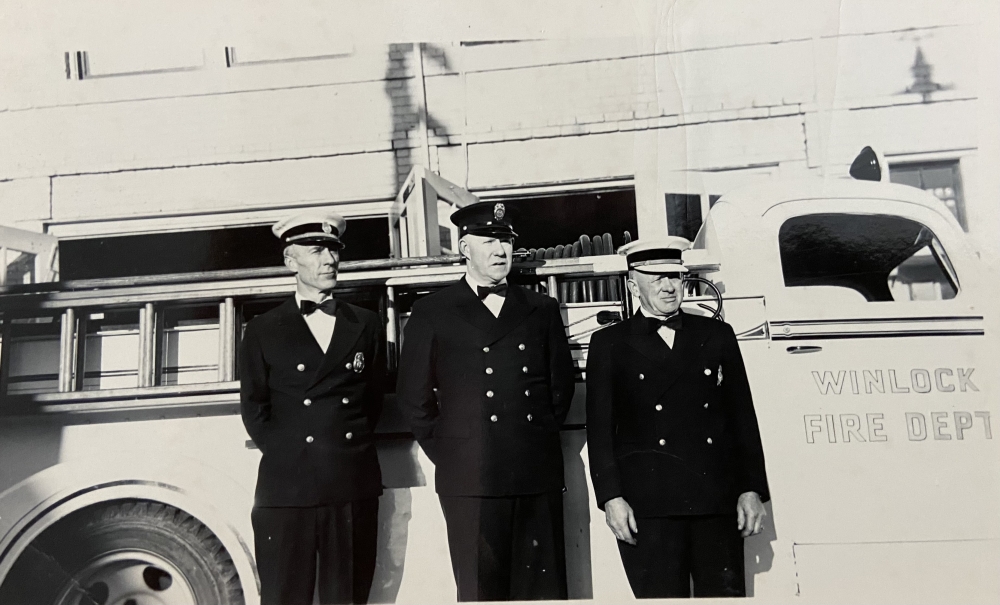 A bond election was held soon afterward for the purchase of a new fire truck.  The issue carried decisively and the fire American LaFrance pumper was delivered to the town in October of 1927. 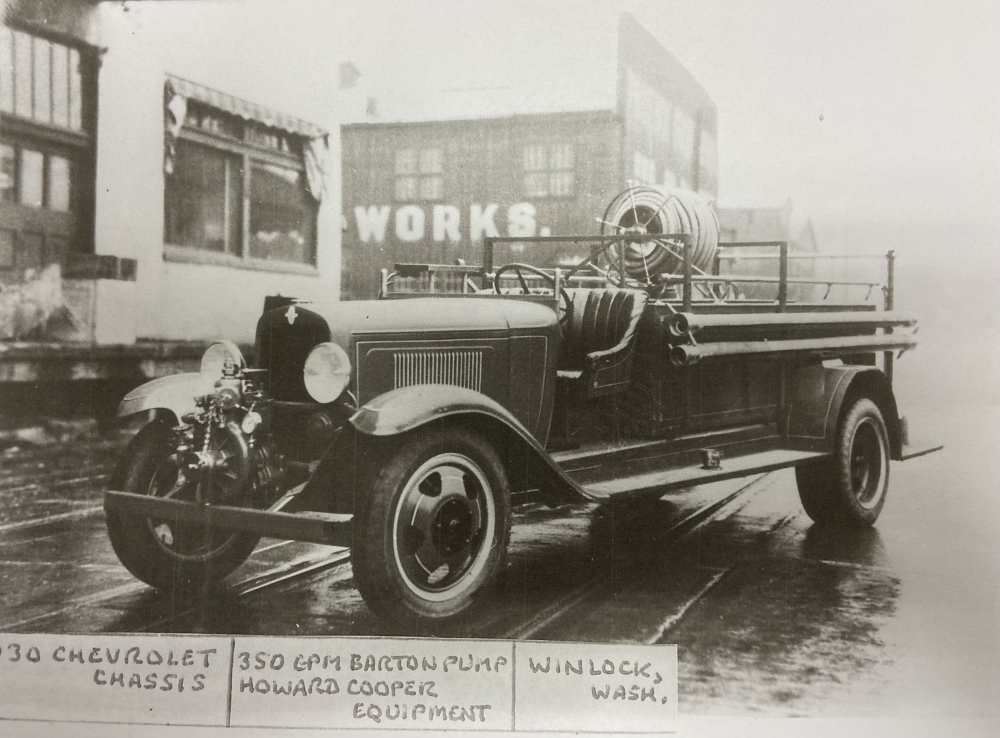 The city department became a Fire District in August of 1963, remaining fully volunteer until the hiring of paid personnel in 2008. 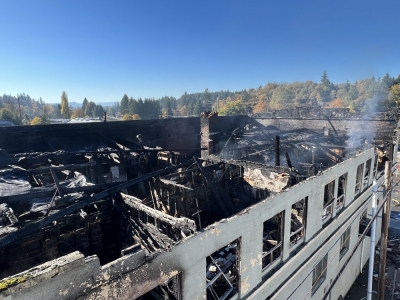 Member login
Links
Lewis County Fire District #2 - Toledo Fire Department
Our neighbors to the East over in Toledo who we mutual aid with
Lewis County Burn Permits
You go here to get a burn permit. Easy to do and it's FREE!
988 Suicide & Crisis Lifeline
988 has been designated as the new three-digit dialing code that will route callers to the National Suicide Prevention Lifeline. While some areas may be currently able to connect to the Lifeline by dialing 988, this dialing code will be available to every...
Lewis County Fire District 15 - Winlock Fire & Rescue
Mailing Address
PO Box 708
Winlock, WA 98596
Physical Address
609 NW Kerron Street
Winlock, WA 98596
911
360-785-4221
360-785-3839
Map
Directions

This site has been viewed 138,822 times.
News
Events
Pictures
Apparatus
Maintained by the members and staff of Lewis County Fire District 15 - Winlock Fire & Rescue. Designated trademarks and brands are the property of their respective owners. Copyright © 2006-2023. YourFirstDue Inc. All Rights Reserved. Content on this web site is supplied by Lewis County Fire District 15 - Winlock Fire & Rescue. YourFirstDue Inc. cannot be held responsible or liable for any content, text, pictures, or any other media found on this web site.
Management login
Powered by